I had already presented the Next Web at software and systems engineering conferences and this time I talked about the Next Web at the North America Modelica Users Group (NAMUG) 2017 conference located in Stanford. The Modelica/FMI community is focused on performing simulation with open standards. It attracts amongst others engineers working on motorsports, nuclear power plants, and building simulation. 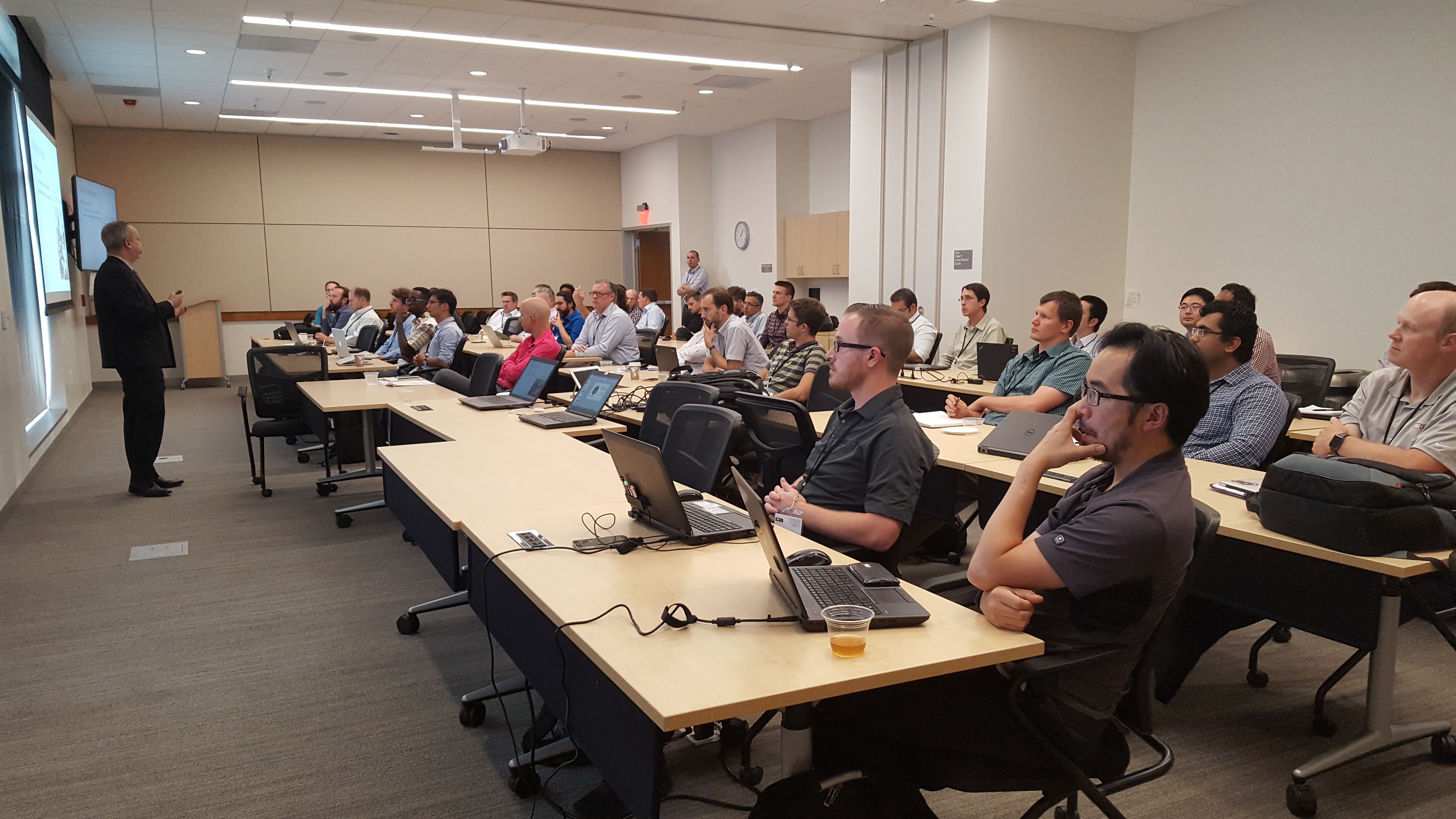 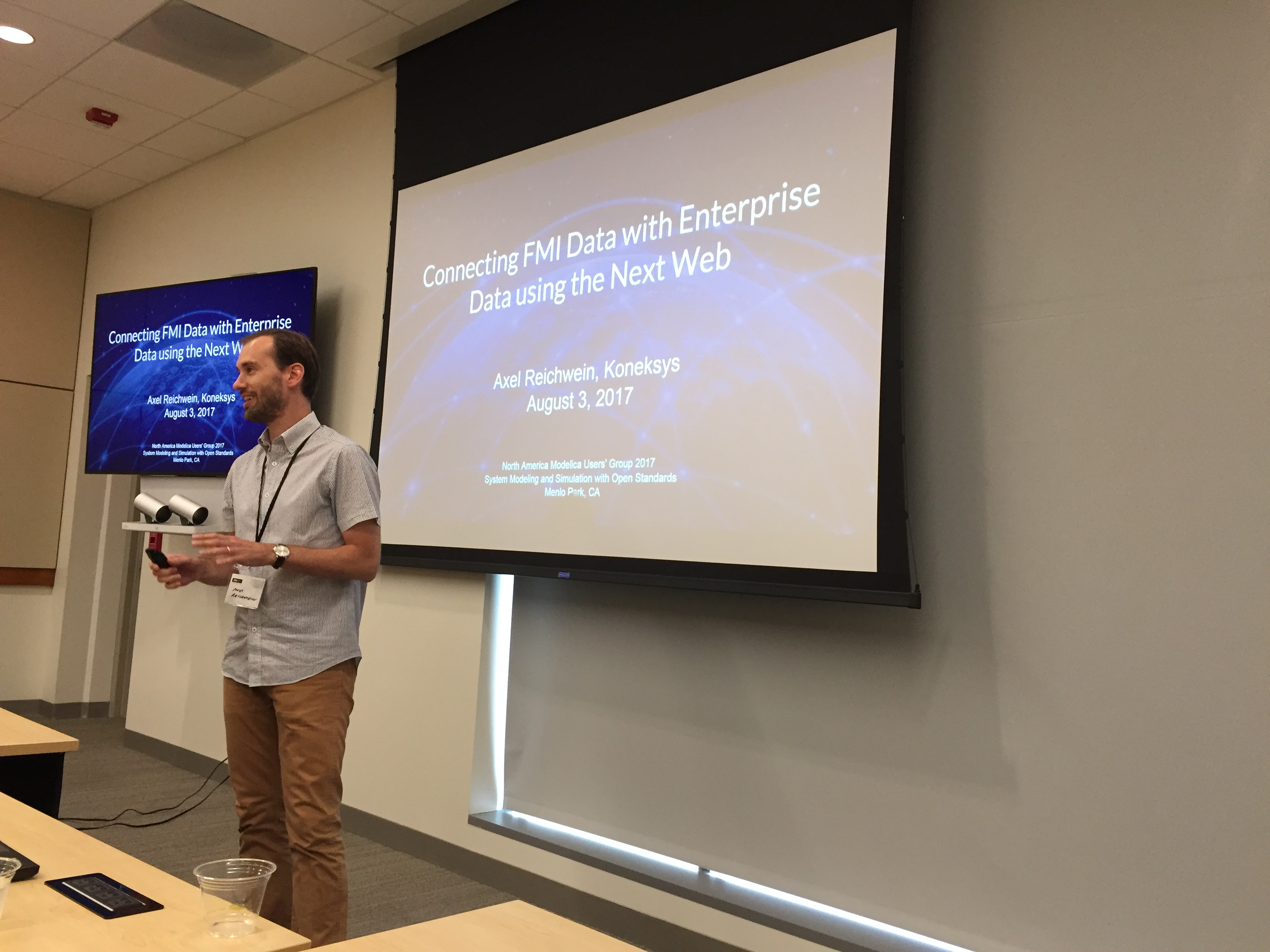 Having worked with Modelica, FMI, ordinary-differential equations, numeric solvers, and optimizers in my past as an aerospace engineer, I knew that advanced simulation activities typically require collaboration between engineers of different engineering disciplines. The goal of my talk was to raise awareness in the simulation community about the Next Web as infrastructure to connect engineering data. I also wanted the Modelica/FMI community to understand what impact the Next Web would have on existing standards, and on data interoperability. I only had 20mins for my talk so I had no time for stories nor anecdotes, but that suited me since I’m generally not a good story teller.

After my talk, I learned about an interesting international project called Brick in which building knowledge is saved as Linked Data. The project members include IBM Research and several academic universities including Berkeley. I also found the presentation of Michael Tiller on web-based user interfaces to complex simulation models fascinating and very much aligned with the vision of the Next Web. Examples of such web-based user interfaces can be found at http://modelica.university/res/apps.

I will follow-up with the new connections I have made in the Modelica/FMI community and I thank the NAMUG conference organizers for accepting my talk. Here is the link to my presentation.